Another anti-terrorist operation in Istanbul 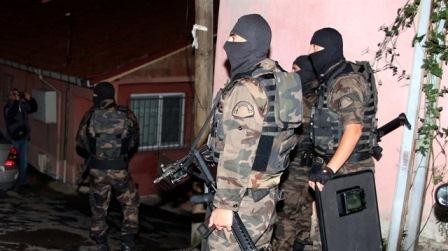 Police are conducting a major anti-terrorist operation in the Turkish city of Istanbul, the country's Sabah newspaper wrote April 20.

The newspaper wrote that the anti-terrorist operation involves 5,000 police officers.

According to the newspaper, some people have been already detained.

The newspaper wrote that the number of the detained has not been disclosed.

Earlier, the police carried out an anti-terrorist operation in Istanbul on Apr. 8.