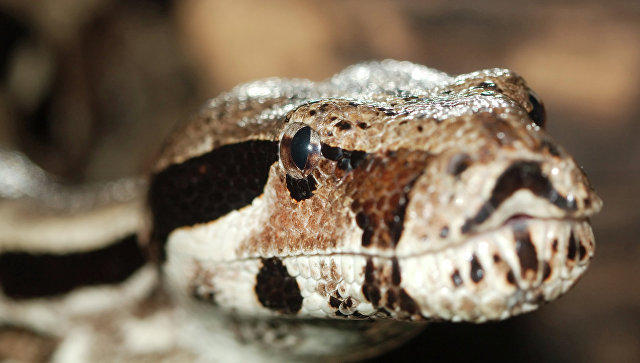 The body of a villager who went missing several days ago was discovered inside a seven-meter-long snake. Although it's rare for the cold-blooded predators to attack humans, she was the second victim of a giant snake in Indonesia since March last year.

Neighbors of 54-year-old Wa Tiba discovered her body intact, with her clothes on, as they cut open a bloated seven-meter-long python found near the victim’s garden on the Indonesian island of Muna, according to AP reports.

The woman went missing on June 14 after she headed to her vegetable plot, situated only a kilometer from her house. Her relatives, who looked for the farmer the next day after she had not returned home from her garden, found only her sandals and a flashlight in the garden.

After a search was launched, a giant bloated snake was discovered just 50 meters from her belongings.

"Residents were suspicious that the snake may have swallowed the victim, so they killed it, then carried it out of the garden. The snake's belly was cut open and the body of the victim was found inside,” said a local police spokesman named Faris.
According to him, the victim’s garden was situated close to rocky cliffs, inhabited by many snakes. The killer python exceeded the average size of giant snakes, often found in Indonesia and the Philippines, which is about 5-6 meters.

The reptiles usually attack monkeys, pigs and other mammals which are smaller than humans, grabbing them with dozens of teeth, choking them and then swallowing them whole to digest. Attacks on people are rare, although this is reported to be the second deadly python attack in Indonesia since March last year, when a 25-yer old rural man was swallowed on the island of Sulawesi.

WARNING: THE FOLLOWING VIDEO IS GRAPHIC AND MAY OFFEND SENSIBILITIES