Cooperation with Russia crucial for resolving the issue 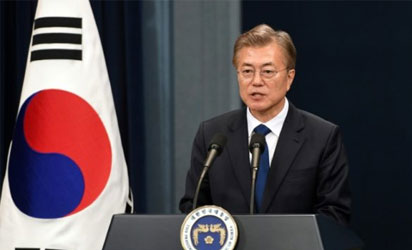 "I hope that I would be able to make you understand South Korea’s intention to go along with Russia," Moon Jae-in said. "I am sure that our friendship will open doors to new opportunities in Eurasia," he added.

The South Korean president arrived on a state visit to Russia earlier on Thursday. His talks with Russian leader Vladimir Putin are expected to take place on June 22.