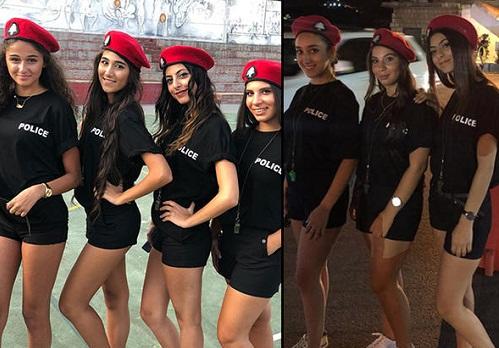 As the summer has hit the Middle East, Lebanese police officers have taken on a new uniform and it’s causing quite a stir in the country.

Axar.az reports that Lebanese policewomen are trading in their formal police attire for new uniforms, which consist of tight black shorts and a black t-shirt. The move was introduced with the aim of attracting tourists to the country.

A video has been released showing the young, attractive female police officers on the road, demonstrating the new uniform.