"Azerbaijan is a rare example of tolerance" 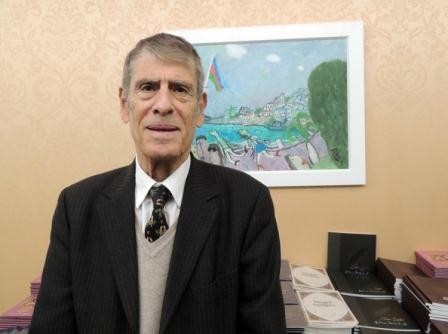 Mr Jean-Pierre Allali, Member, Executive Board, CRIF (Representative Council of Jewish Institutions in France) and Secretary-General of the LICRA in Paris (International League Against Racism and anti-Semitism) talked about 2016 being a Year of Multiculturalism in Azerbaijan.

He said he knows Azerbaijan very well, as regularly visits the country. « This Muslim – yet strictly secular – nation is a rare example of tolerance and openness. In Azerbaijan, religions and cultures mix harmoniously for the benefit and happiness of all Azerbaijanis, without any discrimination. In Azerbaijan, the principle of 'living together’ has existed for a long time. This has been declared as an objective by European countries for many years, yet here it exists naturally and peacefully in Azerbaijan, » he noted.