954 foreigners suspected in links with IS 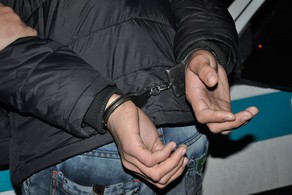 Since the start of the Syrian conflict, Turkish authorities have arrested 954 foreign nationals suspected of having links with Islamic state (IS).

Press secretary of the Administration of the President of Turkey Ibrahim Kalın to reporters in Ankara.

"We take all the necessary measures to deal with the IG at the highest level, the struggle with terrorist supporters is very intense. About 41 thousand people are included in the list of persons whose entry is forbidden in our country due to the suspicion of their involvement in the IS. Over 3.3 thousand suspicious foreigners were deported, 2.8 thousand detained and 954 people arrested", said Kalın.