A film will be directed about Whitney Houston 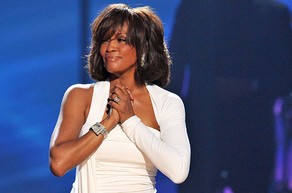 Kevin Macdonald, who won an Oscar for “One Day in September,” is to direct a theatrical feature documentary about the life of Whitney Houston. It is the first documentary to be officially authorized by her estate.

The film will be produced by Simon Chinn, who won Oscars for “Man on Wire” and “Searching for Sugar Man,” his Lightbox Media partner Jonathan Chinn (“Fantastic Lies,” “American High”) and Lisa Erspamer (“Running From Crazy”). Altitude Film Sales is introducing the project to buyers at the Cannes Film Festival, with U.K. rights acquired by Altitude Film Distribution. Will Clarke, Andy Mayson and Mike Runagall will executive produce.

The film will include an interview with Clive Davis, founder and president of Arista Records, currently chief creative officer of Sony Music Entertainment, who is acknowledged for bringing Houston to prominence.

Houston broke more records than any other female singer in the history of popular music, with over 200 million album sales worldwide, and inspired a generation of singers from Mariah Carey and Lady Gaga to Beyoncé.