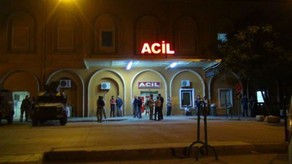 The terrorist PKK organization carried out a bomb attack in southeastern Turkey targeting security forces, martyring one soldier, and injuring ten others, according to military sources.

According to sources who spoke on condition of anonymity with Anadolu Agency due to restrictions on talking to the media, the terrorists targeted a gendarmerie command in the Derik district of the Mardin province early Wednesday.

The injured were taken to nearby hospitals.