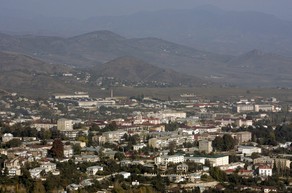 Armenian political elite understands that the country's position in Nagorno-Karabakh issue weakened sharply, but don't know what to do.

Commenting on the bill on Armenia's recognition of the so-called "Nagorno Karabakh Republic", Russian political analyst Andrei Epifantsev has expressed doubt whether Armenia will take this bill.

"There is a strong newsworthy, perhaps ominous statement, maybe the adoption of the law in the wording, approximating the recognition of NKR," if ... ", but not the recognition," - said A.Epifantsev.

He explained this by saying that the bill is too "dangerous and absurd to accept it."

He noted that Armenia's negotiating position has deteriorated sharply since April. According to him, we can talk about the failure of the paradigm, successfully working for Yerevan and the separatists for more than 20 years.

Part of elite understands that the country's position in Nagorno-Karabakh issue weakened sharply, but don't know what to do.

The bulk of the people cannot see it and continues to live in illusion of the possibility of Armenia itself to cope with the problem of Nagorno-Karabakh and responds in accordance with it - increasing pressure and threats, not realizing that in current circumstances of these threats it has no real power and its execution will entail even greater, with a sharp weakening of the bargaining position of Armenia - the displeasure of both West and Russia, the termination of the Minsk process, some turn in direction of Baku, the decline of economic ties, increasing the likelihood of a new round of clashes on the border, and so on.Hence, all these crazy ideas on recognition of the NKR and Armenia to withdraw from the negotiation process with the replacement of it with Nagorno Karabakh come from there", said the analyst.

According to him, such attitude to some extent is now advantageous for political elite, since in a period of uncertainty enables it to threaten not only Baku, but first of all the participants of the Minsk process and show them that there are no compromises in the issue of Nagorno-Karabakh by Armenia.

This is a game changer, that good to have, but not play with. Therefore, Armenian leadership would support raising the theme of recognition, but not allow it", said A.Epifantsev.