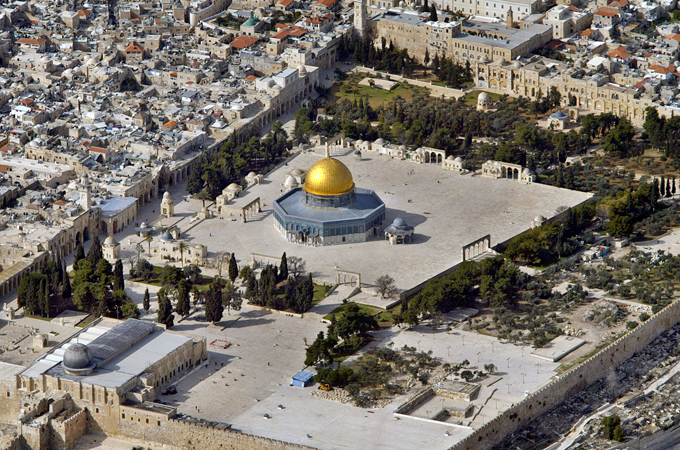 Palestinian Muslims from across the Israeli-occupied West Bank have flocked to East Jerusalem’s Al-Aqsa Mosque to mark the first Friday of the Ramadan fasting month.

Axar.az reports citing AA that, the visitors, however, were forced to pass through numerous Israeli security checkpoints so they might perform Friday prayers at the flashpoint religious site.

Since early morning, traffic at the Qalandia security checkpoint -- located between Jerusalem and the West Bank city of Ramallah -- has remained heavily congested.

The Israeli authorities reportedly banned Palestinian men under the age of 40 from entering East Jerusalem, although women were allowed in.

Despite these impediments, Jerusalem’s Religious Endowments Authority, a Jordan-run agency responsible for overseeing the city's Muslim and Christian holy sites, put the number of visiting worshippers in the tens of thousands.

Murad Qassem, a 44-year-old West Bank Palestinian, told Anadolu Agency while en route to Jerusalem: “Ramadan only comes once a year; it’s a chance to visit the blessed Al-Aqsa.”

“Israel is trying to deprive us of our right to worship and pray there,” he lamented.

Several young Palestinians tried to cross the Israeli barrier separating Jerusalem from the town of Al-Ram, some of whom succeeded despite being chased by Israeli police.

Israel occupied East Jerusalem, in which the Al-Aqsa is located, during the 1967 Arab-Israeli War.

In a move never recognized by the international community, Israel annexed the entire city in 1980, claiming it as the Jewish state’s “eternal and undivided” capital.