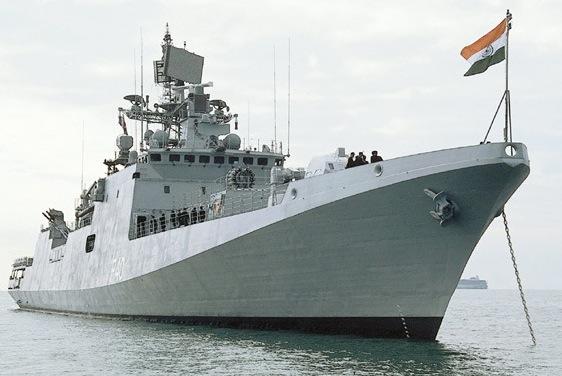 India and Russia have agreed on a new payment method through their national currencies for multi-billion-dollar defense deals, in a bid to avoid risks created by the U.S. threat of sanctions and banking restrictions.

Axar.az reports citing Bloomberg that the arrangement would enable India to pay the first installment soon for two warships that Russia is building for its navy, two people familiar with the matter said in New Delhi, without elaborating. Defense contracts will be settled in rubles and rupees under a payment agreement reached by the central banks of Russia and India, said a person in Moscow with knowledge of the preparations.

While the new mechanism potentially opens the way for releasing billions of dollars in contract payments to Russia, it may still be dependent on India winning agreement from U.S. President Donald Trump not to impose sanctions in retaliation.

Russia has faced an uphill struggle to maintain sales by its strategic defense sector, which totaled $19 billion last year, partly because of U.S. sanctions that threaten anyone who buys Russian weapons. Even though the U.S. has applied those only once so far -- against China -- the fear has cast a pall over Russia’s export business. The world’s second largest arms exporter after the U.S., Russia suffered a 17% drop in foreign weapons deals from 2014-2018 amid declining purchases by India and Venezuela, according to the Stockholm International Peace Research Institute.

An increasingly important U.S. partner, India also has long-time strategic ties with Moscow dating back to the Soviet era in the Cold War. Despite the decline in sales, Russia accounted for 58% of the south Asian nation’s arms imports from 2014-18. The U.S. has been pushing New Delhi, unsuccessfully so far, to cancel a more than $5 billion contract to buy Russian advanced S-400 air-defense missile systems, brandishing the threat of punitive measures.

Still, India is attempting to obtain a U.S. presidential waiver for its arms purchases. Turkey, a North Atlantic Treaty Organization member state, is facing the threat of U.S. sanctions over its S-400 purchase from Russia, which began delivery on Friday.

Delivery of the S-400 to India is planned to start after 2020 and “issues with payment have been resolved,” the Russian Federal Service for Military-Technical Cooperation said last month, according to the state-run Tass news service.

Promsvyazbank PJSC, a central bank-controlled Russian lender that has been tasked with financing the defense industry to shield the two biggest state-owned banks Sberbank and VTB from the threat of U.S. sanctions, is ready to play a role in the Indian transactions, the person in Moscow said.

India’s S-400 deal signed in October is among agreements with Russia that are cumulatively worth $10 billion. They include joint production of Kamov Ka-226T helicopters worth $1 billion, and four warships for the Indian Navy, with two of the vessels built in Russia and two at a shipyard in India under a technology-transfer agreement.

Indian Prime Minister Narendra Modi in March inaugurated a rifle plant in Amethi that will produce 750,000 Kalashnikov AK-203 rifles under a joint venture between India and Russia.