Demonstration of separatist regime flag is a "big mistake" 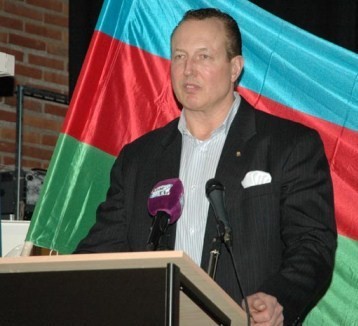 Chairman of the Riksdag’s Legal Committee, head of the Swedish delegation to the Inter-Parliamentary Union Anti Avsan has sharply criticized the demonstration of the banned flag of the separatist Nagorno-Karabakh regime during the Eurovision-2016 Song Contest held in Stockholm.

Anti Avsan told APA that the incident a tragic mistake and very undesirable, noting that Eurovision is only a song contest and that any step aimed at instigating ethnic hatred runs contrary to the event’s purpose.

“Responsibility in this regard, without doubt, is upon the event’s organizers. The decision has been made by us. We’re just the host. We condemn such a step in all respects. To us, it’s a big mistake,” he said.

The MP said he is aware of the problems faced by Azerbaijan, emphasizing the importance of urging international organizations to give heed to the problem.