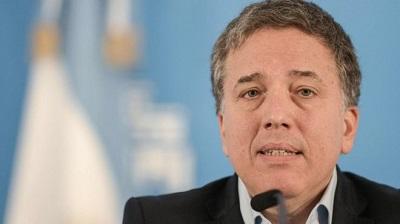 Argentina's economy minister Nicolas Dujovne has resigned amid a financial crisis exacerbated by the president's defeat in a primary poll.

The country's peso shed 20% of its value against the US dollar after President Mauricio Macri suffered the resounding loss last Sunday.

In a letter to the president, Mr Dujovne said he had given his all.

Mr Macri was beaten in the primary elections by his left-wing rival Alberto Fernández.

Mr Fernández's running mate is former president Cristina Fernández de Kirchner who presided over an administration remembered for a high degree of protectionism and heavy-handed state intervention in the economy.