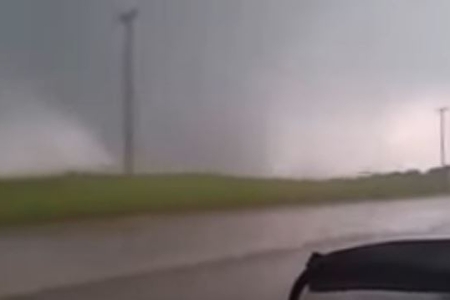 Officials have temporarily suspended aid efforts and closed airports in the Bahamas on Saturday as Tropical Storm Humberto threatened to lash the archipelago's north-west region that was already hit by Hurricane Dorian two weeks ago.

Axar.az reports citing Independent that Humberto's arrival coincides with a weekend visit to the Bahamas by UN Secretary-General Antonio Guterres aimed at supporting humanitarian aid efforts in the wake of Dorian, which reached the islands as a massive Category-5 storm and left thousands of people in need of food, water and shelter.

Threatening to exacerbate the problem, winds and rains from Humberto could be expected in Grand Bahama and the nearby Abaco islands, said chief meteorologist Shavonne Moxey-Bonamy.

The hurricane centre said most of the heavy squalls were occurring north and east of the centre of the storm, which was passing just east of Abaco.

However, government officials in the Bahamas took no chances and urged people in damaged homes to seek shelter as they announced that aid efforts would be temporarily affected.

The distribution of meals in Grand Bahama was reduced ahead of the storm and a spokesman for the United Nations World Food Program said all flights into its logistics hub in Marsh Harbor in Abaco were suspended.