EgyptAir plane from Paris to Cairo disappears from radar 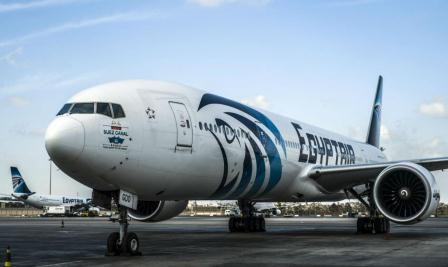 Officials say a missing EgyptAir plane travelled from Paris to Cairo is believed to have crashed into the Mediterranean Sea.

A Civil Aviation Ministry statement said the “possibility that the plane crashed has been confirmed”, hours after the flight was due to land in Cairo.

The flight was 10 miles into Egyptian airspace when it disappeared at 2.30am local time (1.30am BST) after taking off three-and-a-half hours earlier from Paris Charles de Gaulle Airport.

A search and rescue effort was being mounted by Egyptian and Greek authorities.

The airline said 66 passengers and crew were on board, including 30 Egyptians, 15 French passengers, two Iraqis, and one passenger from Britain, Sudan, Chad, Portugal, Algeria, Canada, Belgium, Kuwait and Saudi Arabia.

Notably, Flight MS804 disappeared around 10 minutes after it entered Egyptian airspace at 2.45am Cairo time (1.45am BST). There has been no confirmation of a cause of the disappearance or the sighting of any wreckage.