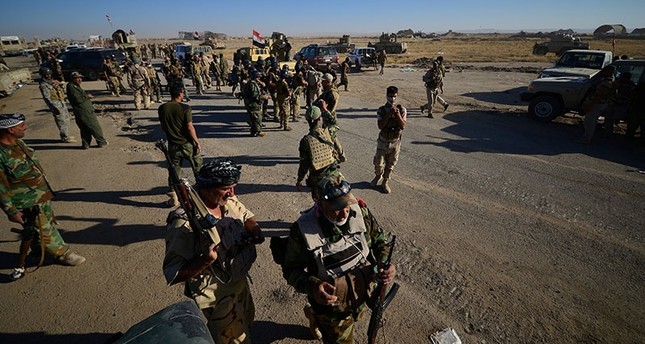 They fired live ammunition and tear gas as they began removing tents and concrete barriers near Tahrir Square and a bridge across the Tigris river, eyewitnesses say.

Several people are reported to have been injured in Saturday's clashes.

Protesters have for months held anti-government demonstrations and camped in the capital.

Saturday's violence comes a day after a separate massive rally in Baghdad against the presence of US forces in the country.

Many protesters in that rally were supporters of powerful Iraqi Shia cleric Moqtada al-Sadr, who had called a million of people to join Friday's march.

The US killing of the top Iranian military commander, Gen Qasem Soleimani, on 3 January at Baghdad airport has fuelled tensions.