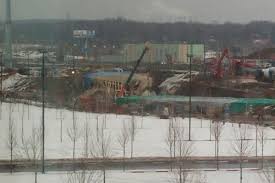 An explosion has occurred in a residential building in the Russian city of Orekhovo-Zuyevo, Moscow region.

Axar.az reports that the accident occurred as a result of the explosion of a gas water heater.

During the explosion, five apartments in the building were completely destroyed, and part of four apartments. According to preliminary reports, one person was killed and six were injured in the incident. 150 residents of the building were evacuated.