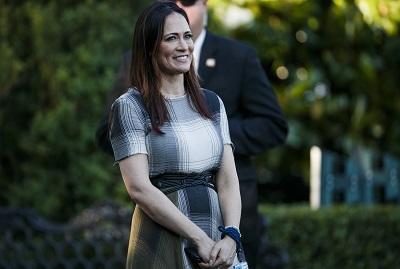 White House press secretary Stephanie Grisham is leaving the job without ever having briefed the press.

Axar.az reports that, she is returning to the East Wing as first lady Melania Trump's chief of staff as President Donald Trump's new chief of staff Mark Meadows shakes up the communications team in the West Wing.

Meadows is currently considering several candidates for the press secretary job, including Trump campaign spokeswoman Kayleigh McEnany. The new chief of staff is also considering hiring Alyssa Farah, the current spokeswoman for the Defense Department, for a communications role, among others, two sources with knowledge of the situation told CNN.