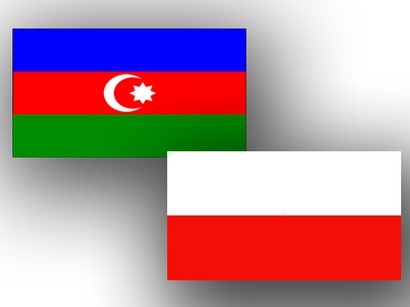 Azerbaijani Embassy in Poland has organized a reception celebrating the anniversary of the national holiday, the Republic Day.

According to the embassy, Polish Sejm and Senate members, a number of deputy ministers, Poland's officials and business circles, the heads and members of diplomatic missions accredited in the country, representatives of Azerbaijani community and local media, senior officials of state bodies attended the event.
The first part of the event featured concert entitled "Layla and Majnun - the first Azerbaijani mugham opera".

The Royal Palace employee Aleksandra Busta spoke of the opera. "Layla and Majnun" mugham opera performed by mugham singers and musicians invited from Azerbaijan with the support of the International Mugam Center.

The second part of the event featured an exhibition entitled "The young Azerbaijani artists in Poland", supported by “Revival” Youth Social-Psychological Rehabilitation Center.

35 works of 8 Azerbaijani artists were exhibited at the event.

The young artists were presented certificates by Ambassador Hasan Hasanov.