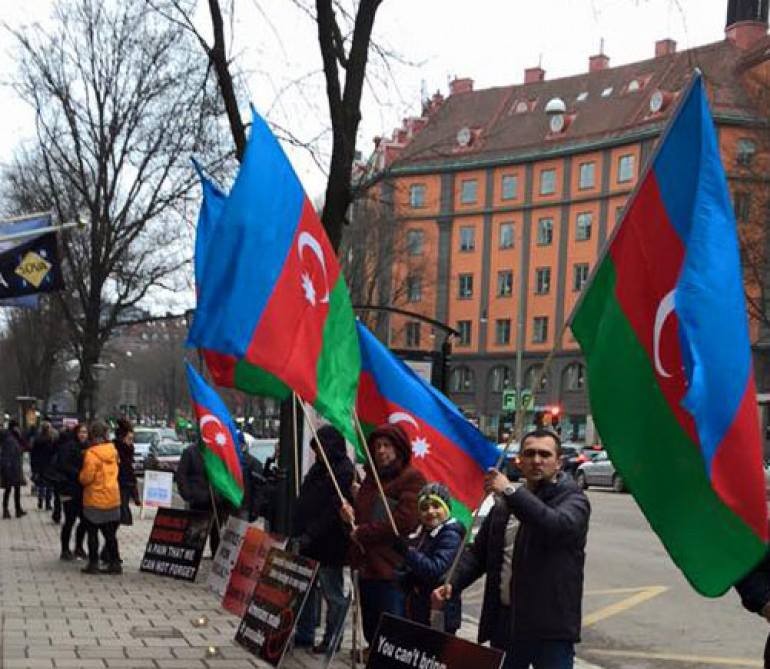 Azerbaijani diaspora activists have held a rally outside Armenia`s Embassy in Stockholm to commemorate the 24th anniversary of Khojaly Genocide, when the Armenian armed forced killed innocent Azerbaijani civilians.

The rally aimed to condemn the genocide and increase the Swedish society`s awareness of it.