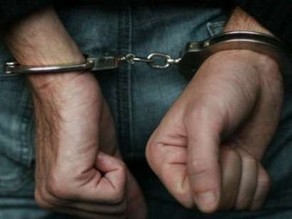 A soldier who had wounded his colleague Khoren Harutyunyan (born in 1997) in the occupied Azerbaijani territory of Nagorno-Karabakh, was arrested.

According to the Armenian media, Investigative Committee of Armenia said.

According to the information, Khachatryan is a junior sergeant. He wounded his military colleague with a gunfire. After a while, Harutyunyan died.

Due to the incident, the investigation under the article on "Act of negligence with a deadly weapon leading to death" of the Criminal Code was launched.

The article charges with 4 to 8 years imprisonment.