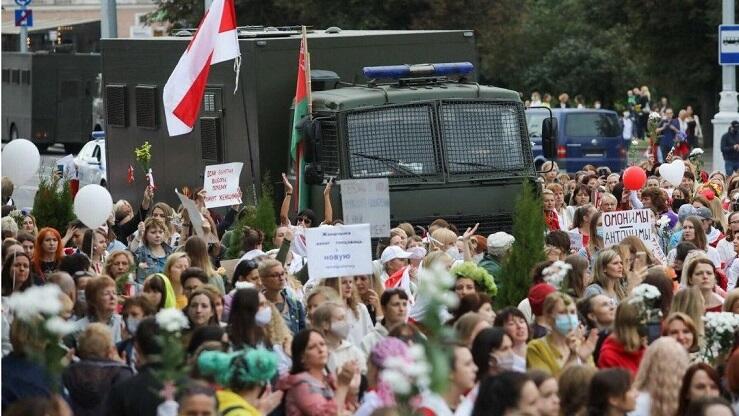 Belarusian security forces detained over 130 people during Saturday's unauthorized protests in Minsk and more detentions were carried out in the other cities, Vesna human rights center unregistered by the Justice Ministry said.

"On January 23, "Solidarity Chains" rallies were held in Belarus. There were some surgical detentions of peaceful demonstrators in Minsk," according to the human rights activists.

The list includes 131 names of those held in the Belarusian capital. In addition, some activists of the Food Instead of Bombs movement were arrested in Minsk’s St. Michael's Square as they were distributing food to those in need. According to human rights activists, the security forces detained one person in Molodechno, more than 10 - in Brest, six - in Grodno.

On Saturday, the Minsk police confirmed the detention of 100 people who had taken part in "short-term and barely attended unauthorized events."