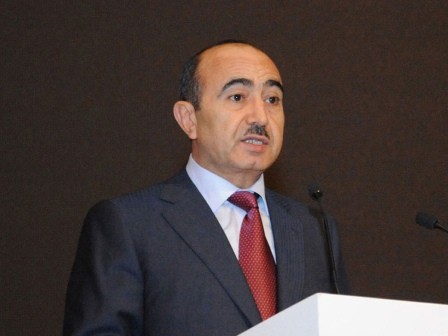 Independence does not simply mean realization of the Azerbaijani people’s craving for statehood, but it is also a great attainment in the area of human rights, said Ali Hasanov, the Azerbaijani president's aide for public and political affairs.

He made the remarks during the hearings held at the Azerbaijani parliament on June 16 on the occasion of 18 June – the Human Rights Day in Azerbaijan.