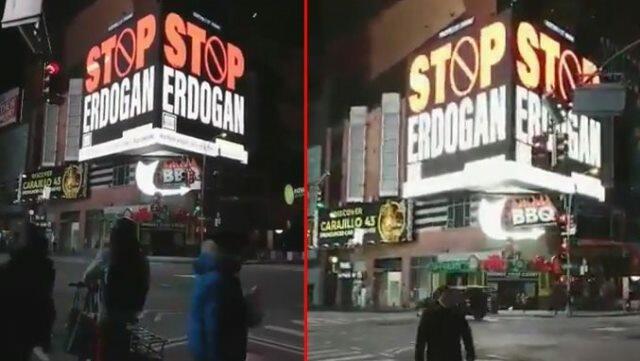 Attacks by FETO supporters on Turkey and President Recep Tayyip Erdogan continue in the United States.

"Stop Erdogan" posted on the billboards was met with protest in the Turkish segment of social networks.

Note that "Clock Square" is the most expensive place for advertising in the United States. It has not escaped attention that FETO has spent millions on anti-Erdogan campaigns.