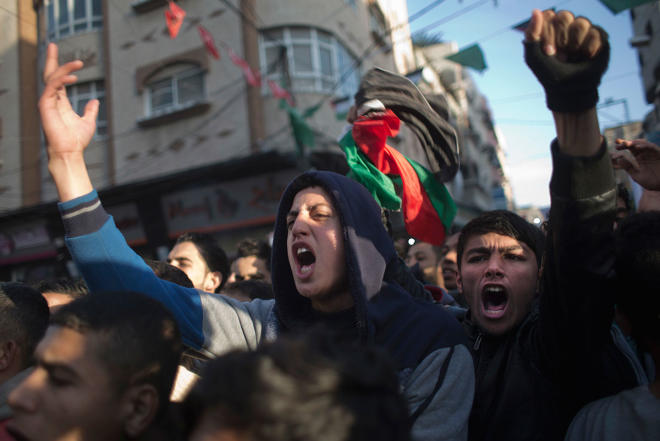 Palestinians across Israel and the occupied territories went on strike in a rare collective action against Israel’s policies on Tuesday as Israeli strikes rained down on Gaza and militants fired dozens of rockets from the Hamas-ruled territory.

Axar.az reports citing foreign media that with the war in Gaza showing no sign of abating and truce efforts apparently stalled, the general strike and expected protests could again widen the conflict after a spasm of communal violence in Israel and protests across the occupied West Bank last week.