Harry and Meghan did not ask Queen to use Lilibet name 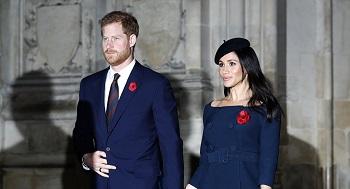 The Queen was not asked by the Duke and Duchess of Sussex about naming their daughter Lilibet.

Axar.az reports that the source disputed reports in the wake of the announcement of the name that Prince Harry and Meghan had spoken to the Queen before the birth.

But a Sussexes' spokesperson insisted they would not have used the name had the Queen not been supportive.

They said the monarch was the first family member the duke had called.

The spokesperson said: "The duke spoke with his family in advance of the announcement - in fact his grandmother was the first family member he called.

"During that conversation, he shared their hope of naming their daughter Lilibet in her honour. Had she not been supportive, they would not have used the name."