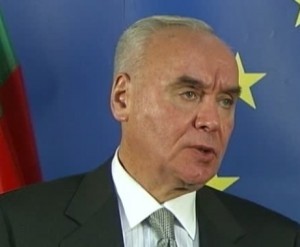 In October 2016, the European Council is expected to give the European Commission a mandate to start negotiations on a strategic partnership with Azerbaijan, said Deputy Foreign Minister Mahmud Mammadguliyev.

He made the remarks at the conference titled “Mobility Partnership in Azerbaijan” in Baku June 23.

He recalled that Azerbaijan presented to the EU a draft agreement on strategic partnership during last year’s Riga Summit.

“The document includes the issue of expanding cooperation in the field of migration,” the deputy FM said, noting that the signing of the document will raise the cooperation to a new level of strategic partnership and play its role for the future of bilateral cooperation.

According to him, several meetings of the EU-Azerbaijan sub-committees are expected to be held in the second half of this year.

“We are going to continue negotiations on an agreement with the EU in the field of aviation,” Mammadguliyev added.