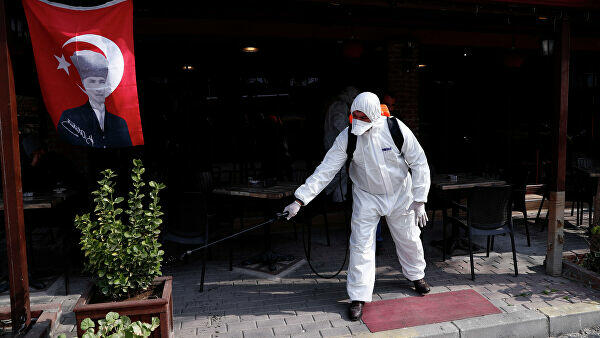 Turkey reached nearly 20,000 in new daily COVID-19 cases, with the pandemic showing a steady climb in the past few weeks. The latest weekly figures on the state of each of the 81 provinces of Turkey demonstrate the dire levels the country has reached after a brief respite from the pandemic last month.

Axar.az reports that between July 17 and 23, the number of weekly cases was 88.19 per 100,000 people in Istanbul, the country’s most crowded city with a population of more than 15 million people. In the capital Ankara, the number was 69.13 and for the third-largest province Izmir, it was 33.43.

Siirt, an eastern province, had the most cases, with 748.3 cases per 100,000. It had the highest increase in weekly cases, ahead of Diyarbakır and Bitlis, two other eastern provinces and the northern province of Giresun, as well as Iğdır in the east.

As he published the weekly numbers via his Twitter account, Health Minister Fahrettin Koca called the public “not to endanger the power to control the outbreak.”

“We have to get vaccinated and follow the rules,” he warned. Koca also noted the “relationship” between the rise in cases and the vaccination rate.