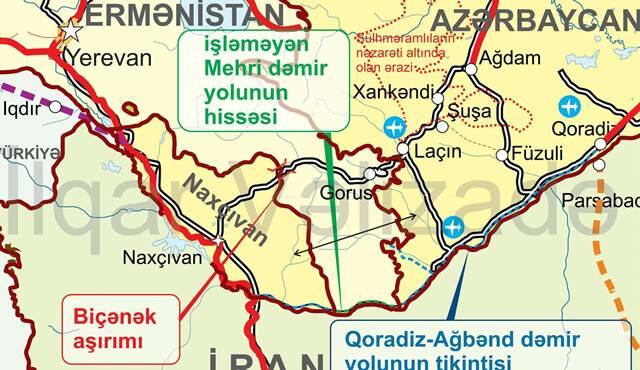 The Yerevan government has not yet decided what funds will be used for the construction of the Arazdayan-Horadiz railway in Armenia.

It was noted that a decision has been made to implement the project, but it is unknown where the $ 226 million for the construction of the railway will come from.

The Ministry of Finance stated that all issues are under discussion:

"All possible options are being analyzed. An inventory of Mehri and Arazdayan parts is underway to determine the ownership, condition, and other issues of the property. The issue can be considered after the feasibility study, which reflects all the financial costs for the project."

Armenian Prime Minister Nikol Pashinyan has signed a decision to establish a working group to restore the Arazdayan-Mehri railway passing through Nakhchivan.