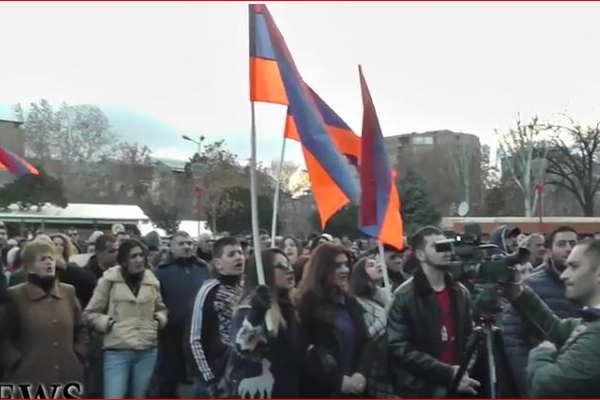 The Armenian opposition started another rally in Yerevan in the morning.

Axar.az reports the protesters appealed to the parliament and the Presidential Administration.

Special forces were blocking the protesters' path. Clashes broke out between police and protesters near the Presidential Administration. Security forces tried to drive the protesters away from the PA building but failed.

Deputies from the "Armenia" bloc Aram Vardevanyan and Ishkhan Sagatelyan tried to calm down opposition supporters. After a while, the situation stabilized.