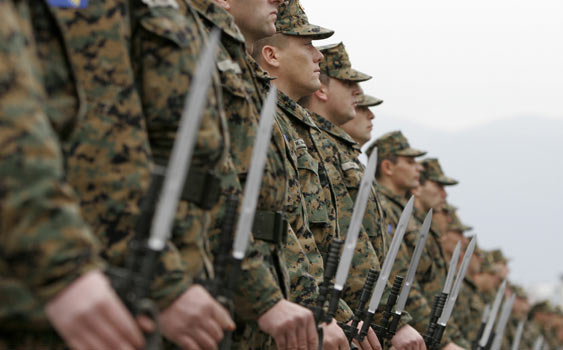 NATO will massively boost the number of troops on high readiness to over 300,000, Secretary-General Jens Stoltenberg said on Monday.

Axar.az reports that he said NATO would transform its existing quick reaction force, the NATO Response Force, which already has some 40,000 troops on high readiness, and raise the overall number to "well over 300,000".

The move is part of NATO's work on a new force structure that will likely see national troops put on different alert levels so the alliance has more combat-ready forces ready on short notice in case of a crisis.

NATO combat units on the alliance's eastern flank, especially in the Baltics, are to be boosted to brigade level, with thousands of pre-assigned troops on standby in countries further west like Germany as rapid reinforcements, he added.