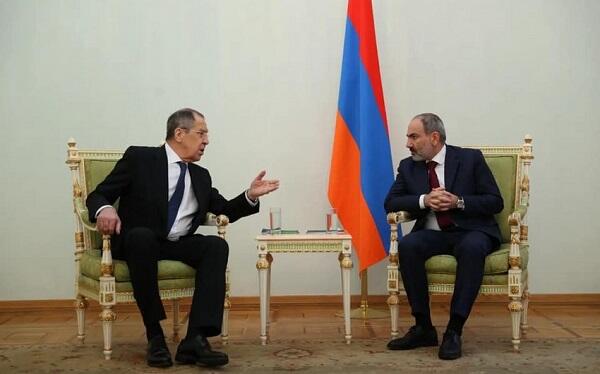 The statement made by Russian Foreign Minister Sergei Lavrov in Baku on the OSCE Minsk Group is, to put it mildly, very strange.

He claimed that during his visit to Russia on April 19, 2022, he signed a joint statement with President Putin:

"We must use the potential of the OSCE Minsk Group to cooperate in resolving the Nagorno-Karabakh conflict," the statement said.

Pashinyan said he had not announced the suspension of the Minsk Group co-chairs and the group itself.

Russia has repeatedly declared that the Minsk Group is completely paralyzed due to the non-cooperation of the United States and France with Russia. Lavrov himself said during a meeting with his Armenian counterpart Ararat Mirzoyan in Moscow on April 8 that "Washington and Paris will not communicate with Moscow in this format (Minsk Group - ed.) Due to Russophobia."

Russia, France and the United States have also appointed co-chairs to the Minsk Group as "representatives for the Caucasus" and suspended de facto cooperation. These representatives also visit the region separately.

It should be noted that Lavrov openly announced during his last visit to Baku (June 23-24) that "the OSCE Minsk Group has suspended its activities at the initiative of the American and French participants."