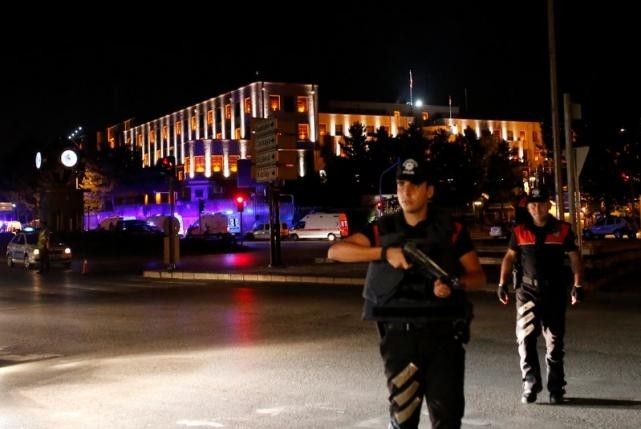 Martial law has been imposed across Turkey and a curfew declared as the country was now being run by a "peace council" that would not allow public order to be damaged, an announcer on Turkish state broadcaster TRT said on Friday, reading a statement on the orders of the military.

The announcer said the democratic and secular rule of law had been eroded by the current government and that a new constitution would be prepared as soon. Freedom of citizens was guaranteed by the "peace council", regardless of religion, race or language, the announcer said.