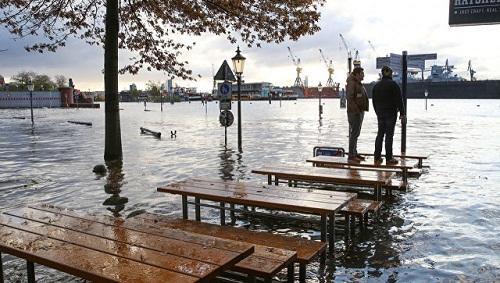 Climate change has doubled the likelihood of flooding in California in the next 40 years, making it the worst disaster on record.

Axar.az reports that this was stated in a study by climatologists of the National Center for Atmospheric Research in the United States.

"Analyses have shown that the probability of a major flood has increased by 200-300% during the cool season as a result of the continuous flow of 'atmospheric rivers'." If megafloods used to occur once every 200 years, now their frequency will increase up to three times per century. California's mountainous terrain, as well as frequent wildfires due to climate change, will add to the problem, making the California Valley a steep, slippery surface through which watercourses can flow quickly," the report said.