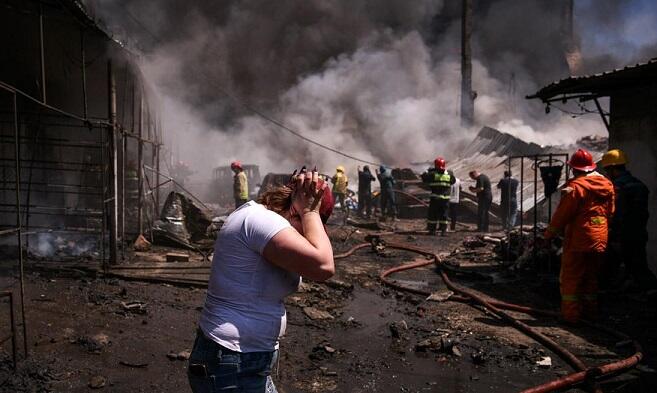 As a result of the explosion in the "Surmalu" wholesale shopping center in Yerevan, the capital of Armenia, the death toll has reached 6 people.

Axar.az reports that the country's Ministry of Emergency Situations has released information about this.

According to the latest information, the number of people injured as a result of the explosion is 61.

The number of people killed in the explosion reached 7.

According to the information of the Ministry of Foreign Affairs of Armenia, one more body of a man was removed from the ruins.

The Ministry of Internal Affairs of Armenia said that 23 people were missing in the explosion that took place in the "Sürmeli" shopping center in Yerevan yesterday.

Among them are 1 citizen of Russia and 6 citizens of Iran.