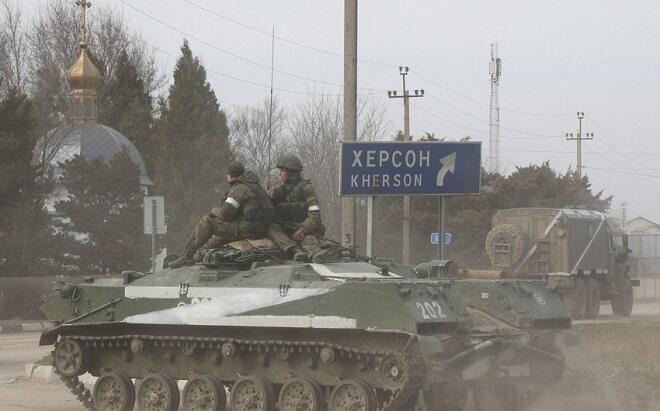 The city of Kherson can be freed from the Russian invaders without fighting in the streets of the district center.

Axar.az reports that this was said by the head of the Military Legal Research Center, Alexander Musiyenko.

"It is possible that the enemy will simply surrender or retreat from Kherson. Ukrainian defenders are definitely ready for urban battles, but now their task is to completely disable the routes and logistical base where the Russian troops receive reinforcements. That is, this equipment does not fall into the hands of the enemy. "In fact, a group of Russian troops fell into a trap. They were first lured to the southern coast of the Kherson region, and then the supply and logistics routes began to be cut off," he said.