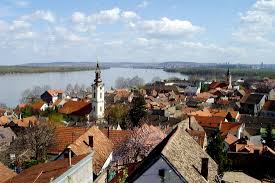 The war in Ukraine also affects the views of countries that are fairly neutral towards Russia.

Axar.az reports that this was said by Ukrainian political scientist Vladimir Volya.

"In a number of issues, Serbia is a polarized society. We are talking about membership in the EU. And with regard to Russia, they have a certain dependence. The neutrality declaration is aimed at maintaining the status of Serbia not participating in any war, this is a certain neutrality from a military and political point of view against Russia and the EU. ", he said.

The expert noted that President Vucic

"Everybody in the world is carefully watching the progress of the war in Ukraine and clearly sees that Russia has been bogged down in little Ukraine for 6 months. Everyone understands that Putin's army is beginning to disintegrate. The course of the military campaign will affect the position of the countries that are quite neutral towards Russia. Serbia is also the same. countries".