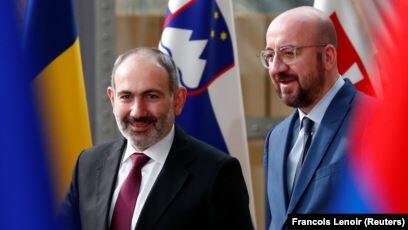 The President of the Council of the European Union Charles Michel met with the Prime Minister of Armenia Nikol Pashinyan.

Axar.az reports that the meeting took place within the framework of the 77th session of the UN General Assembly.

According to the information, the parties discussed the situation on the Azerbaijan-Armenia border.

Charles Michel stressed that he is worried about the continuation of tension on the Armenian-Azerbaijani border and the importance of solving regional problems through peace negotiations. He also said that he is ready to promote dialogue between the two countries.