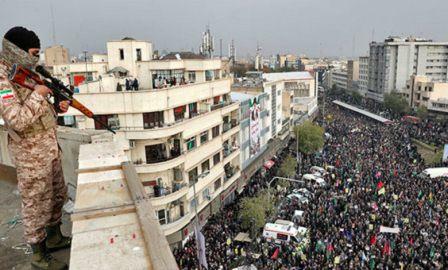 Mass actions were held in Tehran, the capital of Iran, as well as in Tabriz, Qazvin, Zanjan and other large cities.

Axar.az reports that the participants of the action condemned the riots that have occurred in the country in recent days and supported the state and its policies. The protesters demanded the punishment of those who try to create conflict in Iranian society, those who disrupt social and political stability, and those who damage state and private property. It was noted that the people of Iran are always with their state and support its political line.

It should be noted that on September 16, the death of a 22-year-old girl named Masihah Amini in Tehran after being abused by the morality police because she did not cover her head correctly caused mass protests in more than 60 cities of Iran. According to the latest information, 55 people died in the actions.