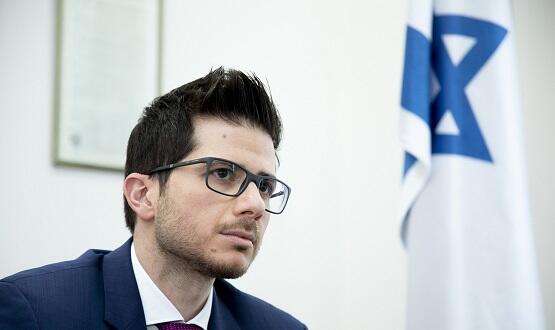 Today we stand in solidarity with the Iranian people.

Axar.az reports that Israel's ambassador to Azerbaijan, George Deekk, said this on his Twitter account on the occasion of the Rosh Hashanah holiday (Jewish New Year).

"Shana Tova! Happy New Year to all our friends in Azerbaijan and the world! The first man was created 5783 years ago. Today, we stand in solidarity with the Iranian people who are fighting for the values we mentioned - humanity, equality and freedom," he said.

It should be noted that according to the Jewish calendar, Rosh Hashanah, which is celebrated on the first day of the month of Tishri, falls on September 26 this year. During the holiday, which begins with greeting each other "Shana Tova" ("May you have a good year"), gifts are exchanged according to tradition, and postcards and parcels are sent to those who live far away.