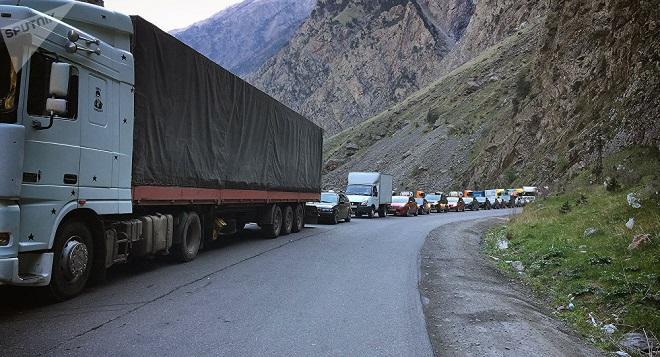 Currently, 4,800 vehicles are waiting to cross the Russian-Georgian border in North Ossetia.

Axar.az reports that the North Ossetia department of the Ministry of Internal Affairs of Russia released information about this.

"3 thousand cars are waiting in the territory of the republic to cross the border. Also, 1,500 transit trucks stopped in the region, and 300 trucks stopped at the checkpoint," the information said.

It was noted that more than 20 thousand people crossed from Russia to Georgia in the last two days.