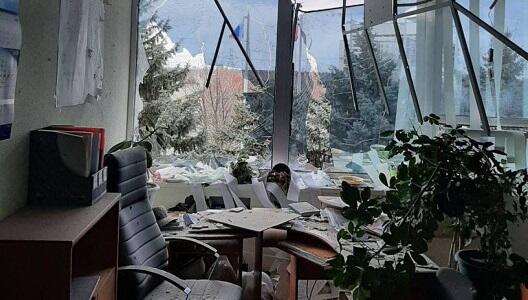 The Russian patrol detained Igor Murashov, Director General of the Zaporizhzhia NPP, on the way from the station to Enerhodar.

Axar.az reports citing RBC-Ukraine that according to Energoatom President Pyotr Kotin, the general director's car was stopped, and he himself was forcibly detained and taken away blindfolded in an unknown direction.

There is no information about his whereabouts yet.

"The General Director of the ZNPP bears the main and exclusive responsibility for the nuclear and radiation safety of the Zaporizhzhia NPP. His detention creates a danger for the operation of Europe's largest nuclear power plant," Kotin said.

He called for the immediate release of the director of the station and return him to his service at the nuclear power plant.