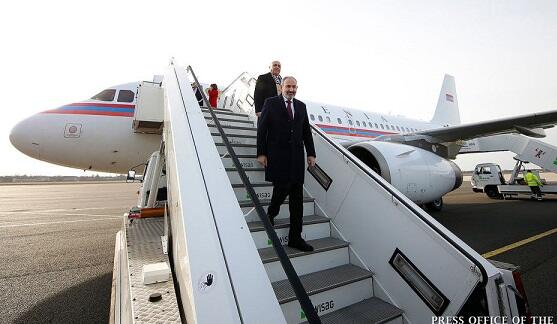 Armenian Prime Minister Nikol Pashinyan's visit to Prague, the capital of the Czech Republic, has begun.

Axar.az reports that this was reported by the press service of the government.

It was noted that the meeting of the government will be chaired by Deputy Prime Minister Mher Grigoryan.

It should be noted that the summit of the leaders of the European Political Union will be held in Prague today. Within the framework of the summit, Pashinyan is expected to have a bilateral meeting with Turkish President Recep Tayyip Erdogan, a four-way meeting with Azerbaijani President Ilham Aliyev, French President Emmanuel Macron, and European Union Council President Charles Michel.