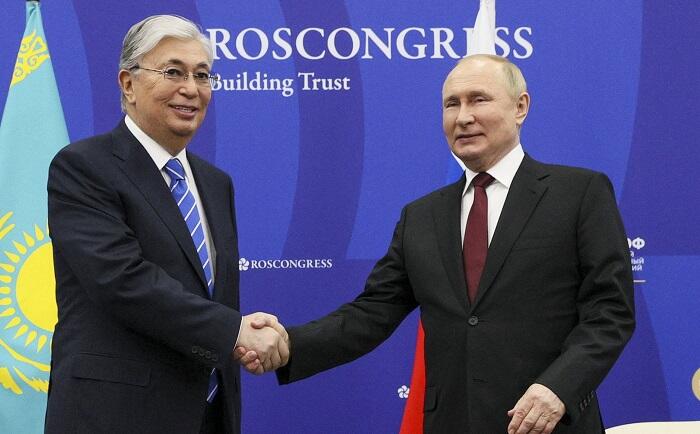 Russia and Kazakhstan intend to increase the potential of the CSTO, improve mechanisms for combating terrorism, drugs and other threats.

Axar.az reports that this was stated in the declaration signed by the presidents of the two countries on the occasion of the 30th anniversary of the establishment of diplomatic relations between Russia and Kazakhstan.

"Both countries aim to improve the CSTO's crisis response mechanisms, combat international terrorism, illegal production and trafficking of drugs and precursors, organized crime and other modern cross-border challenges and threats, and develop the CSTO's peacekeeping forces," the statement said. is mentioned.

At the same time, both countries said that they want to contribute to the expansion of the partnership circle of the organization.