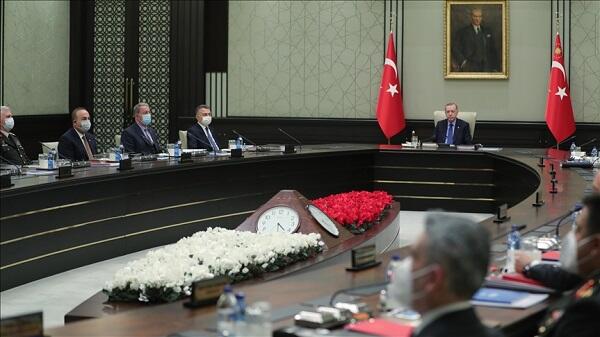 Axar.az reports that the meeting lasted 3 hours and 10 minutes.

At the meeting, it was emphasized that Turkiye will protect its sovereign rights and that terrorist groups will not be allowed to exist and operate.

The Council was also informed about the successful operations against terrorism.

In addition, the importance of putting an end to Greece's actions related to arming the islands with a non-military status was once again noted.