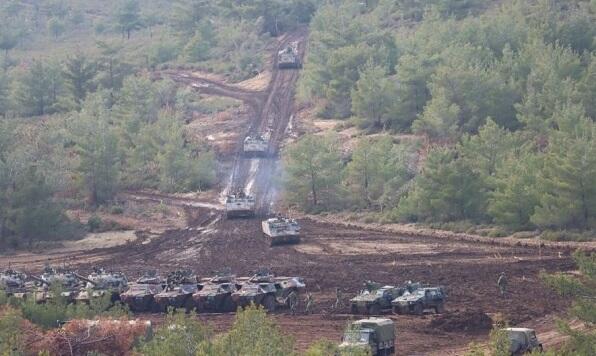 Greece conducted military exercises on the islands of Mytilene and Rhodes.

It is reported that the exercises lasted for 2 days on both islands in a demilitarized status.

In addition, some of the 1,200 M1117 armoured vehicles donated by the United States took part in the training.

In the exercise held in Rhodes, the "RM 70" rocket launcher system was used.