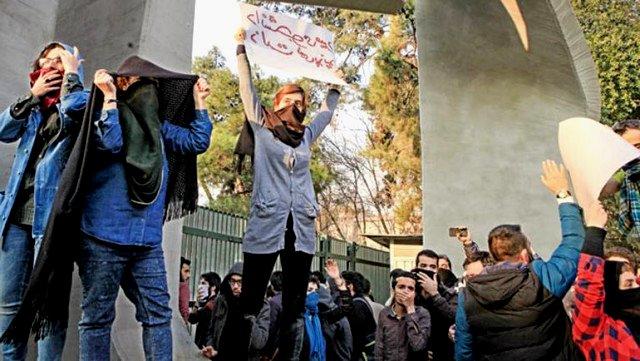 Iranian regime security forces target the face, chest, and genitals of female protesters during the crackdown on anti-government demonstrations.

Axar.az reports that "Guardian" newspaper wrote about this.

The newspaper cited the medical staff of several hospitals in Iran and noted that, unlike male protesters, who are usually shot in the legs, hips, and back, the wounds of female protesters are in private parts that will seriously damage their lives for life.

"I treated a twenty-year-old woman with two gunshot wounds to her genitals. There was a serious risk of vaginal infection," said one of the doctors.

In the images presented by the doctors, it can be seen that the security forces opened fire from a close range, causing serious wounds on the bodies of the protesters.

The report also states that there are many cases of men, women and children being shot in the eye.