Jim Jones: This may be the last chance for Ukraine 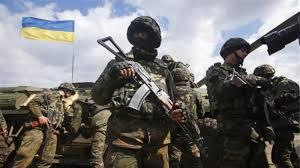 The refusal of Washington and its allies to provide heavy weapons to Kyiv may lead to the defeat of Ukraine.

Axar.az reports that Jim Jones, a veteran of the Vietnam wars, said this in his article published in "Hill".

The article states that the West should have made every effort to support Kyiv from the first day without any restrictions on the supply of military equipment. Because Ukraine needs the most modern weapons to defend its cities.

According to the military, the last chance for Ukraine may be the supply of heavier assault weapons, including the American Abrams and Leopard 2 tanks, which Western countries have refused to hand over to the Ukrainian Armed Forces.

He noted that Ukraine's existence as a sovereign state could be called into question and that Zelensky's defeat would mean a defeat for the West in its confrontation with Russia, as support for Kyiv drains NATO resources.