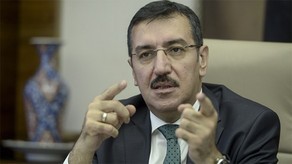 The failed attempted coup on July 15 has cost the Turkish economy 300 billion Turkish Liras (around $100 billion), according to initial calculations. According to the RIA Novosti, Turkish Customs and Trade Minister Bülent Tüfenkci has said.

This amount may however increase when more detailed calculations are made, he added.

“When we consider all those warplanes, helicopters, weapons, bombs and buildings, the cost is 300 billion liras at minimum according to our prior calculations. The exact cost may likely increase when the detailed calculations are made. There will also be various costs in the medium-term. For instance, many orders from abroad have been canceled. Many foreigners have halted their Turkey visits. The coup plotters have unfortunately created a Turkey image as if it were a third world country. People who see tanks in the streets and the parliament bombed will not come to Turkey. All of these create costs in the medium-term,” Tüfenkci said in a meeting with a group of journalists in Ankara.