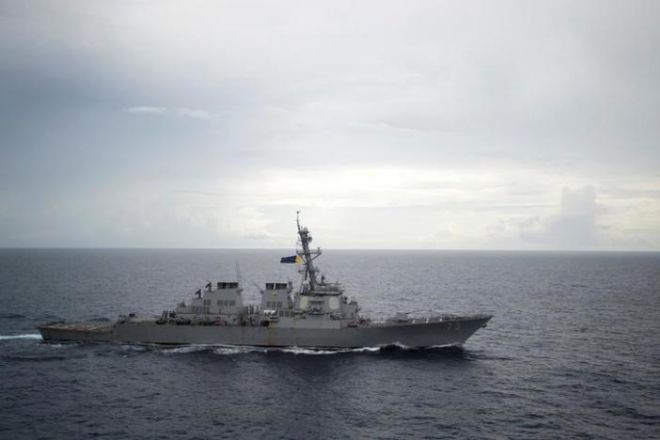 The United States is ready to confront China should it continue its overreaching maritime claims in the South China Sea, the head of the U.S. Pacific fleet said on Wednesday, comments that threaten to escalate tensions between the two global rivals.

Axar.az informs, China claims most of the resource-rich South China Sea through which about $5 trillion in ship-borne trade passes every year. Neighbors Brunei, Malaysia, the Philippines, Taiwan and Vietnam also have claims.

The United States has called on China to respect the findings of the arbitration court in The Hague earlier this year which invalidated its vast territorial claims in the strategic waterway.

But Beijing continues to act in an "aggressive" manner, to which the United States stands ready to respond, Admiral Harry Harris, head of the U.S. Pacific Command, said in a speech in Sydney.

"We will not allow a shared domain to be closed down unilaterally no matter how many bases are built on artificial features in the South China Sea," he said. "We will cooperate when we can but we will be ready to confront when we must."